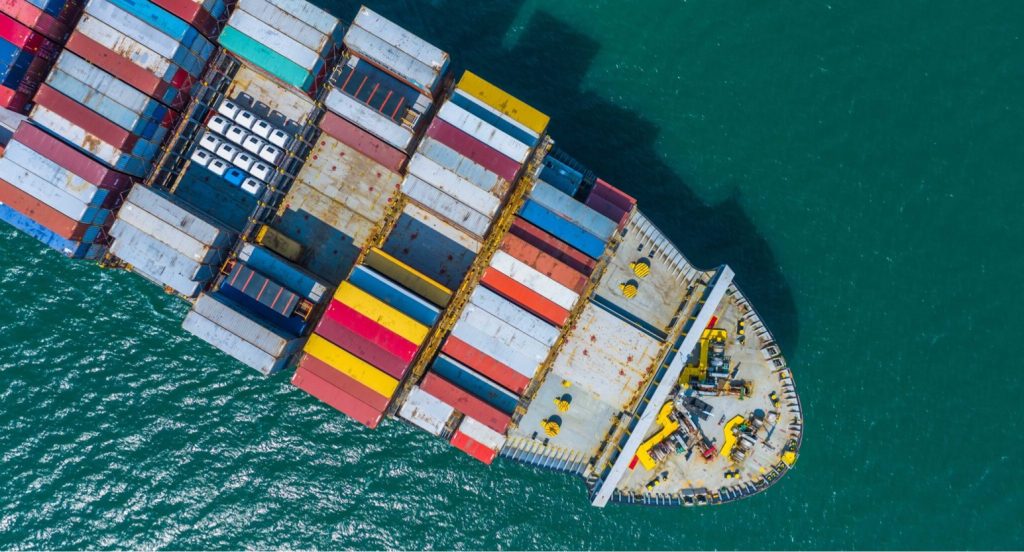 Indo-African trade relations date back to the Bronze Age period of the Indus Valley Civilization. From trade in cotton, glass beads, gold and carved ivory, Indo-African commerce has evolved to include thousands of modern age products and services.

Presently, a rapidly changing global economic architecture has created new external economic opportunities for both India and Africa. India sees an enduring partnering role in Africa’s economic transformation, given that it has demonstrated a deep stakeholder interest in Africa’s economic transformation. These trade relations with Africa are multi-faceted, with the Indian Government extending timely grant aid to African countries, capacity building and technical assistance to support major projects in Africa, establishment of industrial units and concessional lines of credit (LOCs), among others. These instruments of commerce and cooperation are crucial in developing trade relations. Let’s explore these in greater detail.

Lines of Credit are demand-driven and are extended on the principle of mutual benefit — recipient countries make development gains, while the LoCs help create new markets for Indian companies, foster export growth, build good relations with countries that are important sources of food, energy and resources, and contribute to the country’s image abroad. So far, India has sanctioned 182 LoC projects in Africa through the Export Import (EXIM) Bank of India, with a total credit commitment of about US$ 10.5 billion. Indian LoCs have significant development impacts in Africa. For instance, India’s irrigation project in Senegal led to a six-fold increase in rice production and currently over 30 percent of that country’s consumption is covered by domestic production, as compared to 12.1 percent prior to the implementation. Similarly, India’s LoC worth US$ 640 million to Ethiopia helped the country become self-sufficient in sugar production and had major spill-over benefits.

Another instrument for fostering growth and bolstering long-term relations is investing in capacity building. India’s efforts to build capacity in Africa date back to as early as 1949, when India announced 70 scholarships for students from other developing countries to pursue studies in the country. In 1964, India launched the Indian Technical and Economic Cooperation (ITEC) programme to provide technical assistance through human resource development to other developing countries, with African countries the greatest beneficiaries of it. Currently, about 98 Indian institutions run training courses in fields such as agriculture, food and fertiliser, engineering and technology, and environment and climate change. In addition to civilian training programmes, ITEC also conducts and oversees defence training programs, study tours, aid for disaster relief, the deputation of Indian experts abroad and project-based cooperation. Africa is a key beneficiary of the programme with nearly 50 percent of the ITEC slots reserved for countries from the region. African leaders attach substantial importance to ICT development considering the role of the sector in India’s impressive growth story over the past decades. Thus, skill development and capacity building featured prominently in all the India-Africa Forum Summits as India-Africa cooperation has focused on technoeconomic capacity building. To this measure, India’s scholarship programme also grew rapidly. At the third India-Africa Forum Summit in 2015, India pledged to provide 50,000 scholarships to African students over a five-year period and set up institutions of higher learning in Africa. Over 42,000 scholarship slots have already been utilised in the last five years.

In a speech to the Ugandan parliament in 2018, Prime Minister Narendra Modi reiterated India’s commitment to building African capacity: “Our development partnership will be guided by your priorities. It will be on terms that will be comfortable for you, that will liberate your potential and not constrain your future. We will rely on African talent and skills. We will build as much local capacity and create as many local opportunities as possible”.

The India-Africa bilateral trade has been growing steadily, year-on-year, with the trade volume touching US$ 55.9 billion in 2020-21. India is the fifth largest investor in Africa with cumulative investments of US$ 54 billion.

This relation was formalised with the inception of the first India–Africa Forum Summit (IAFS): the official platform for African-Indian relations. Via the IAFS, India pledged to support health and education related projects in Africa. For example, in 2009, the Government of India launched the Pan African e-Network Project that seeks to connect the 55 member states of the African Union through satellite and fibre-optic network to India and to each other. The aim was to enable access to and sharing of expertise between India and African states in the areas of tele-education, telemedicine, Voice over IP, infotainment, resource mapping, meteorological services, e-governance and e-commerce services.

Similarly, in October 2019, India’s Ministry of External Affairs launched the e-VidyaBharti (Tele-education) and e-ArogyaBharti (Tele-medicine) Project (e-VBAB) that provides access for African students to over 500 courses in various disciplines including engineering and technology, education, mathematics and sciences, education, humanities and arts and teacher training. The portal would also offer 15000 scholarships to Africans to pursue undergraduate and postgraduate courses from premier public and private Universities of India.

Smaller investments in Africa include establishing IT centres in South Africa, Egypt, Morocco, Ghana, Namibia and Tanzania; a Centre for Geoinformatics Applications for Rural Development (CGARD) Technology Centre in Madagascar, vocational training centres in Ethiopia, Rwanda, Burundi, Burkina Faso, Gambia, Zimbabwe, and Egypt; a Technology Centre in Zimbabwe; and entrepreneurship centres in a few countries. In pursuance of trilateral cooperation with Africa, India is collaborating with Japan and Kenya to build a cancer hospital and is collaborating with UAE to set up a centre of IT Excellence in Ethiopia. Energy cooperation is also a key subset of India’s development partnership with Africa. Under the International Solar Alliance (ISA) a sizeable share of India’s concessional credit has been earmarked to Africa.

Not only are these projects indicative of the growing alignment between India and Africa’s growth agenda, but are also seen as examples of India furthering its economic and strategic interests in Africa through the use of soft diplomacy and cooperation. India is only one among a list of countries endeavouring to partner with developing African nations. However, it is vital to note that one nation presents an element of competition in their attempt to fashion bilateral and regional approach: China. Both India and China have growing stakes in Africa as they seek to align themselves with the continent’s growth story. Thus, they are increasingly competing with each other geopolitically. While Beijing has thrown its immense economic heft into developing manufacturing capacity and extracting natural resources, New Delhi has focused on its core competencies of human resource development, information technology, education, and health care. While China’s drive to build infrastructure throughout the continent has been welcomed, mega-scale infrastructure projects will have the desired transformative effects only if they are able to create jobs, generate revenue, attract investments, and contribute to the development of local productive capacities. Yet Chinese firms are often accused of employing mostly Chinese workers and offering little training and skills development for African employees. Some infrastructure projects thus run the risk of turning into economically unviable vanity projects. This is where India comes in. Unlike China’s efforts, Indian project construction and financing in Africa is aimed at facilitating community participation and development. Indian firms rely more on African talent.

India hopes that its sustained engagement with African nations over the last few years will yield foreign-policy dividends. And for both India and its African partners, if their engagement pays off, it could mean a relationship that is based on a partnership model.

The pandemic has visibly disrupted the international economic architecture, creating in its wake a multipolar world, where a greater number of countries play an instrumental role in determining world trade patterns, investment flows and development cooperation. Development in both Africa and India was severely affected by the socio-economic consequences of the COVID-19 pandemic. Though the pandemic has disrupted Africa’s growth, there is expectation of accelerated economic growth in the region once the health crisis is brought under control through mass vaccination programmes. Given the enormity of the challenges before India and Africa, closer cooperation is essential. The following initiatives may help India make its aid to Africa more impactful, given the restrain the pandemic has presented on the budget:

These initiatives might go a long way in solidifying an already sturdy relationship between the African continent and India. The fact that India kept its supply lines open for much of the COVID-19 pandemic and ensured that critical supplies of medicines and medical equipment reached countries in need in Africa is a testament to India’s desire to become a steadfast and reliable partner.

Furthermore, Indo-African relations are also displaying immense potential for new opportunities in the future. The Government of India identified 18 African countries including Burkina Faso, Cameroon, Cape Verde, Rwanda, Somalia, among others where new missions would be opened. The initiatives would be based on a model of cooperation, that is responsive to the needs of African countries.

India’s Duty-Free Tariff Preference Scheme (DFTP) for Least Developed Countries (LDCs) has benefitted 38 African countries and contributed to the expansion of India-Africa bilateral trade, yet, there is significant scope for more geographical diversification of India-Africa trade flows. The partnership also has immense potential in the area of addressing key environmental risks including climate change and loss of biodiversity. Similarly, cross border initiatives may also be undertaken toward promoting a circular economy that advocates re-use and recycling of goods for a greener tomorrow. The current government appears to have a coherent African strategy – one that, in these times of geopolitical rivalry, remains a key priority. Lastly, India should present a more energetic African strategy that helps private Indian companies to establish and expand in Africa. How the Indo-African trade relations pan out in this geopolitically infused, post-Covid era remains to be seen.